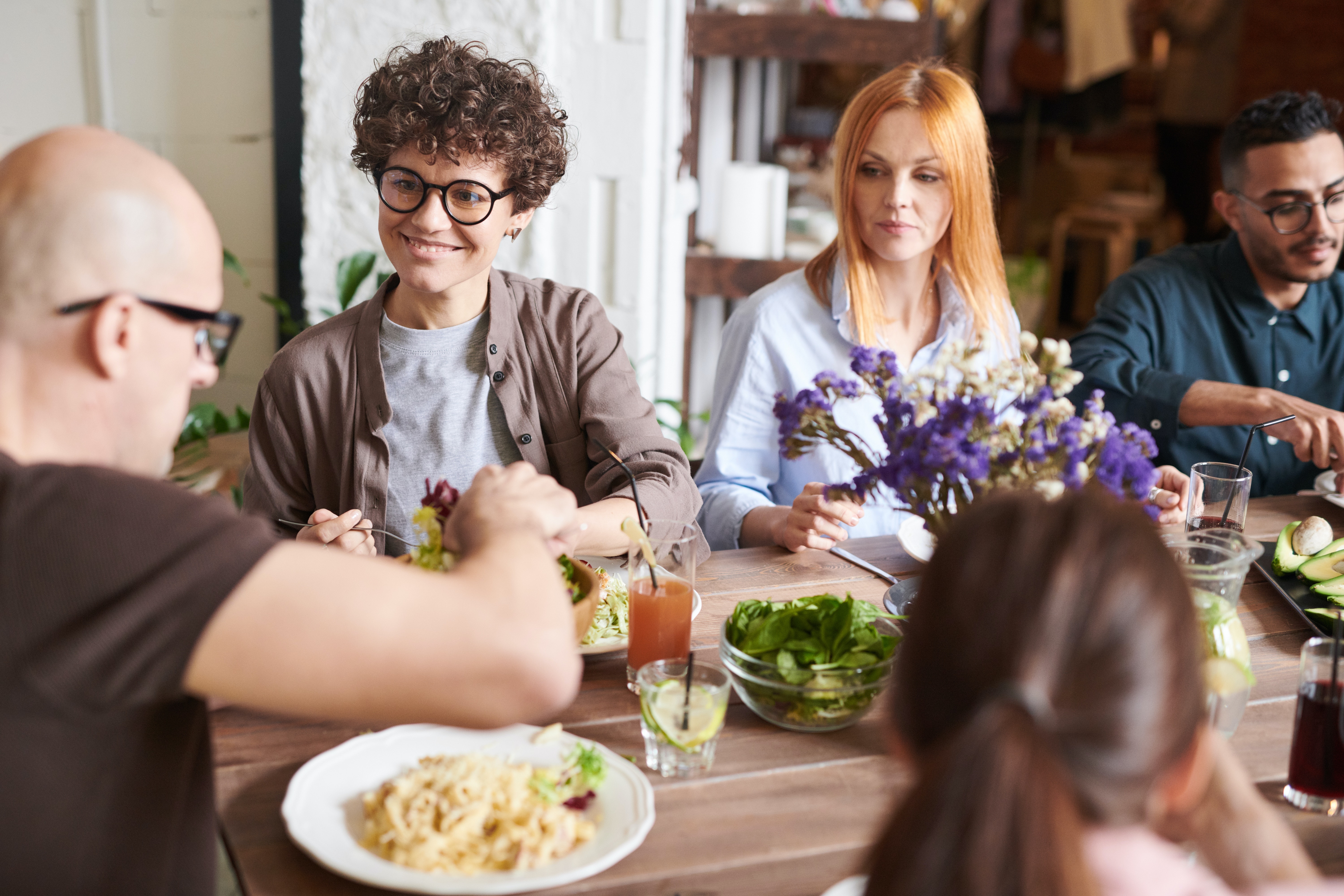 There are simple, non-invasive and cost-effective choices we can make that can improve our mental wellbeing. Let’s talk about a choice most of us make three times a day: what we eat.

In the past decade, there has been an increased research focus on the relationship between dietary patterns and mental health.1 This research has generated extensive findings related to the “gut-brain axis”, a bidirectional communication network between the gastrointestinal tract and the central nervous system.2 While this body of research is still in its infant stages, it has demonstrated that diet may play a key role in the development and prevention of depression and anxiety.3 In particular, several studies have shown a link between positive mental health and the Mediterranean diet (made up of vegetables, fruits, whole grains, fish, and legumes). Ultimately, it is suggested that we target a diet high in nutrition and low in processed food.

In an attempt to identify specific “brain” foods, there is a growing body of evidence that foods rich in probiotics, omega-3 fatty acids, flavonols, or resveratrol can have beneficial effects on mental health, both short- and long-term. This article will highlight some key scientific insights from recent research and explore how this knowledge can be made actionable.

Before getting started, it is worth noting that this research is far from perfect. There are a number of challenges with nutrition research in general, and conclusions become even more difficult to draw in relation to mental health. However, recommending nutritious food poses limited risk, and represents a simple solution that can generate a major impact for patients.

Probiotics are live microorganisms that cause transient alterations in our gut bacteria when ingested. Probiotics have long been known to have a positive short-term impact on the gastrointestinal tract, however there is now evidence that this positive impact may extend to reduced symptoms of depression and anxiety. With an understanding of the gut-brain axis, researchers have been able to further determine how emotional behaviour can be influenced and modulated by the gut microbiome. The authors of a 2017 study entitled The effects of probiotics on depressive symptoms in humans: a systematic review highlighted that:

Probiotics have also been shown to possess both anti-oxidant and free radical scavenging abilities, increase production of gamma-aminobutyric acid (GABA), and improve absorption of other nutrients, all of which have been implicated in the pathophysiology of depression.4 5 6

The authors found that 5 out of the 7 available studies included in the review demonstrate that probiotic consumption improves symptoms of anxiety and stress.2 A separate study that assessed patients with depression found that a probiotic supplement had a significant effect on patient depression severity in just eight weeks (representing a 5.7 decrease in Beck Depression Inventory scores, compared to 1.5 in a control group).7 While there is compelling evidence supporting the positive impact of probiotics on depression and anxiety, further research is still warranted to better assess efficacy.

Research has identified many benefits of a diet rich in omega-3 fatty acids and recent studies in particular have demonstrated a potential link with mental wellbeing. In patients with depression, for example, there are low levels of omega-3 fatty acids in plasma and red blood cell membranes.8 Omega-3 fatty acids (a) suppress the generation of pro-inflammatory cytokines (cell signaling proteins) and (b) regulate membrane fluidity.8 These pro-inflammatory cytokines have been known to exert strong stimulatory effects on the hypothalamic pituitary adrenal (HPA) axis (responsible for controlling stress hormones), leading to heightened depressive symptoms.9 10 Further, omega-3 fatty acids have the ability to displace cholesterol from the plasma membrane, which results in increased membrane fluidity that may in turn improve cognitive functioning.11

Studies have revealed that frequent fatty fish consumption, which is rich in omega-3 fatty acids, has been linked to higher self-reported mental health status and lower risk of depression and suicidal ideation.11 Interestingly, a study conducted on healthy middle-aged to elderly individuals revealed that after five weeks of consistent consumption of fish oil, people experienced better working memory.11 12 Omega-3 fatty acids have also been shown to play a role in combating both inflammation and amyloid bundles that develop in patients with dementia.8 13

Eating foods that are beneficial for brain health and mental wellbeing does not mean only “loading up” on conventionally healthy foods. Resveratrol, a natural phenol present in red wine, has been shown to promote hippocampal neurogenesis, a process that results in the generation of new neurons.14 Flavone, a class of flavonoids present in cocoa, can suppress neuroinflammation and protect neurons from damage caused by neurotoxins.15 Although further research is needed to draw sound conclusions, when consumed in moderation, these “cheat” foods are thought to contribute to the prevention of early onset neurodegenerative diseases such as Alzheimer’s and other forms of dementia.

Yes, it is helpful to promote a nutritious diet comprised of real, unprocessed foods for all patients, however focusing on particular foods (that contain probiotics and omega-3 fatty acids) can potentially have an even greater impact for patients suffering from mental health conditions.

9.  Ekmekcioglu, Cem. “Are Proinflammatory Cytokines Involved in an Increased Risk for Depression by Unhealthy Diets?” Medical Hypotheses 78, no. 2 (2012): 337.

15.  Spencer, Jeremy P. E. P. “Nutrition Society Silver Medal Lecture: Beyond Antioxidants: The Cellular and Molecular Interactions of Flavonoids and How These Underpin Their Actions on the Brain.” Proceedings of the Nutrition Society 69, no. 2 (2010): 244-60.

How to Best Utilize Technology for High-... 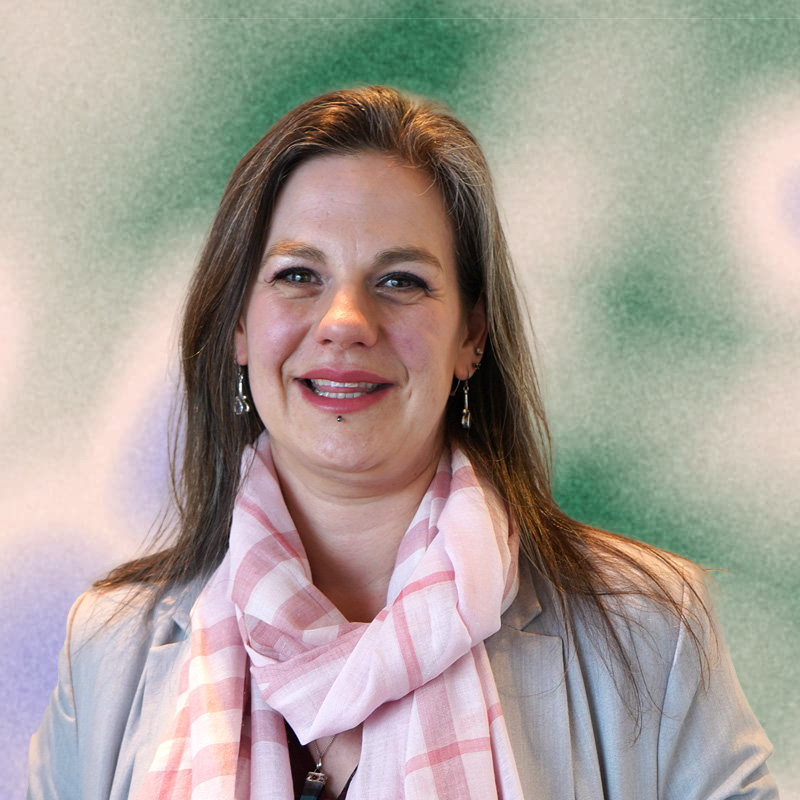 Naomi Richter – If It Worked For M...

What We Do at Greenspace...

We'll keep you updated on everything Measurement-Based Care. Stayed tuned for invites to educational events, platform updates and other exciting news.

Speak with our team to find out how Greenspace can help positively impact patient outcomes.

Speak with our team to find out how Greenspace can help positively impact patient outcomes.